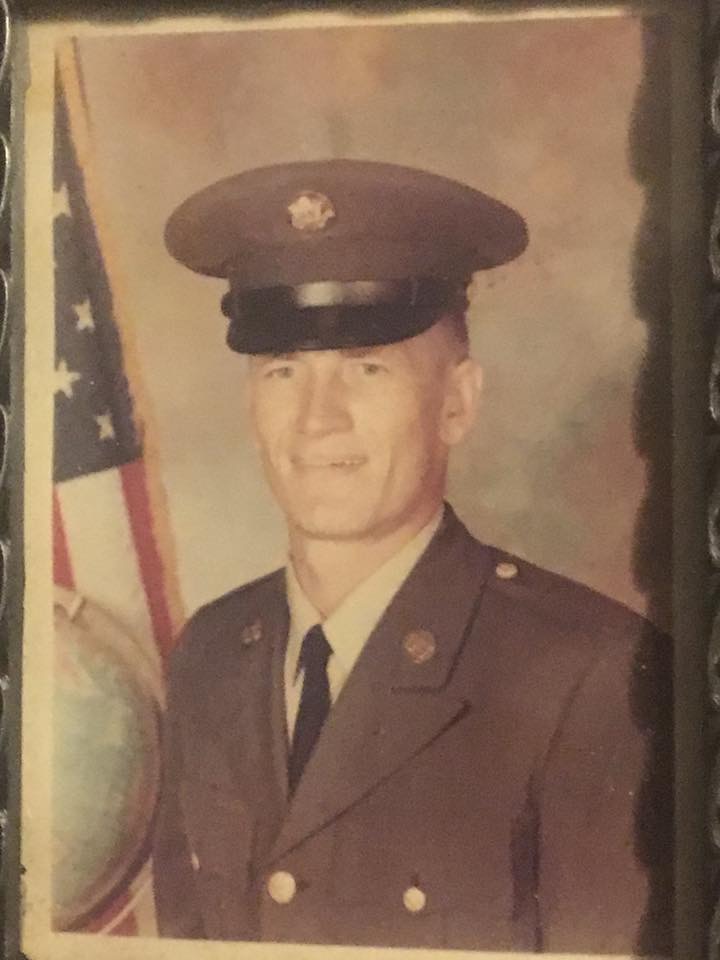 Trevor Fredrick Medeiros, 75, of Louisville, Kentucky passed away Monday November 11, 2019 at his residence with his family by his side.

He was born October 11, 1944, in South Hampton England  to the late John Michael and Dorothy Golding Medeiros.

He was of the Catholic faith, he was a U.S. Army veteran, he received the National Defense Service Medal, he was a Sharpshooter, he served in the Engineer Equipment Maintenance Dept.,  he was also a Grenade expert, he was an E4, a factory worker for Paramont Foods.

In addition to his parents, he was preceded in death by, a sister, Terry Medeiros, and a niece, Holly.

There will be a graveside service for Trevor Fredrick Medeiros Friday November 15, 2019 at 11:00 a.m. at the Kentucky Veteran Cemetery Central in Radcliff with the K.V.C.C. officiating.