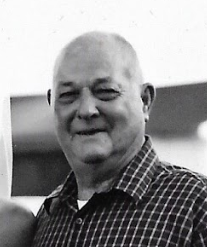 Edward Junior “Billy” Lee, 77, of Hodgenville passed away Saturday January 11, 2020 at his residence in Hodgenville with his family by his side.

He was a lifelong native of Larue County born February 27, 1942 to the late, Bill and Blanche Thompson Lee.

He was a farmer he loved working with his hands.

In addition to his parents, he was preceded by a daughter, Teresa Gail Lee, and a brother, Rodney Lee.